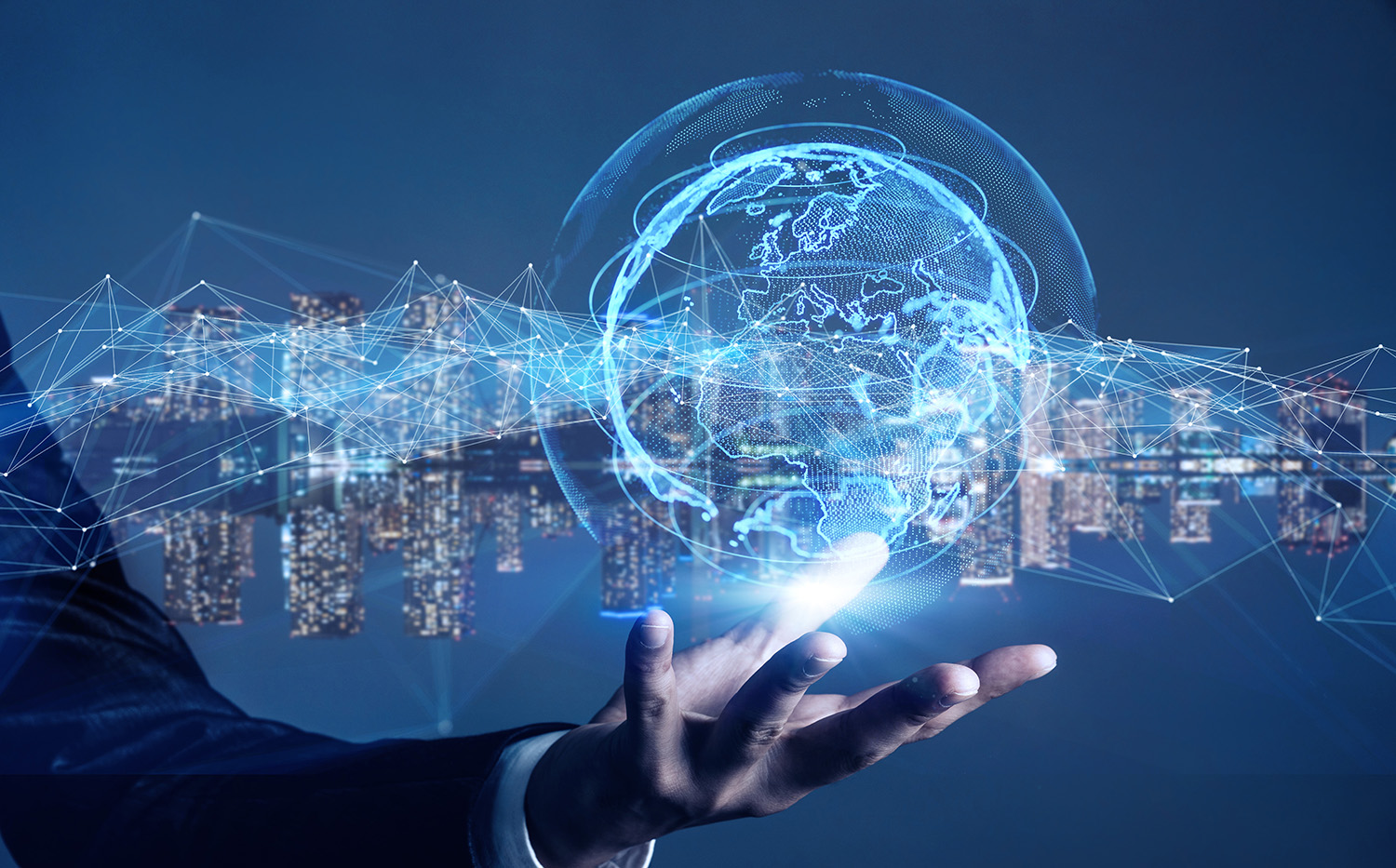 The introduction of 5G brings a faster and more reliable internet experience, but it also comes with a great deal of new terms and acronyms. In this guide we aim to explain these terms as simply as possible and help take the mystique out of 5G.

We'll be updating this page as and when new phrases emerge, so make sure to bookmark it for future updates. If there are any terms of phrases you would like to have explained which are not currently here, please contact us and we will add them in for you.

The 3rd Generation Partnership Project (3GPP) is a partnership of several telecommunications organizations developed to create standards for 3G technology. 3GPP has continued to develop standards for succeeding wireless generations, including 5G. This project uses standards based on the Global System for Mobile Communications specifications and radio access technology.

Fifth-generation wireless, or 5G, is the next generation of cellular network technology. 5G will enable significantly greater mobile speeds than its predecessors; 1G, 2G, 3G and 4G — as much as 20 gigabits per second (Gbps) with less than one millisecond (ms) latency. This allows 5G to support real-time interactive communications services, such as VR (Virtual Reality), as well as to control autonomous cars and high precision mission-critical industrial devices in real-time. High reliability and availability at all times is a necessity for these use cases.

What is BLER (Block Error Rate)?

What is Channel Coding?

Channel coding (also known as Forward Error Correction) is the process of correcting transmission errors inflicted by channel noise, interference and fading. This is done by adding extra (redundant) bits to the information bits before transmission. At the receiver, a channel decoder uses complex algorithms to extract the original information bits from the received data, correcting for errors introduced.

5G NR introduces the use of a Low-Density Parity Check (LDPC) channel coder for the Physical Uplink and Downlink Shared Channels (PUSCH and PDSCH) over which user data is passed, and a Polar coder for the 5G uplink and downlink control channels (PUCCH and PDCCH).

What is a Code Block?

Code block refers to the original “raw” block of digital information prior to adding CRC and prior to channel coding. In 5G the maximum Code Block size is 8448 bits.

What is Code Rate?

Code rate (or information rate) in telecommunications is defined as the ratio between information bits and total transmitted bits (Information + Redundant Bits).

Redundant bits are added by the physical layer for Forward Error Correction (FEC). Code Rate the ratio between the number of information bits at the top of the Physical Layer and the number of bits which are mapped to the channel at the bottom of the physical layer. Simply put, code rate is a measure of this redundancy.  A low coding rate corresponds to increased redundancy.

What is CRC (Cyclic Redundancy Check)?

CRC is a sequence of bits attached to a Code Block (CB) in the transmitter prior to encoding and is used for error detection. The CRC is checked in the receiver after the decoder to confirm whether or not the transmitted CB has been successfully received - If the CRC attached to the CB block matches the one calculated by the receiver the CB is considered to be error-free.

Field Programmable Gate Arrays (FPGAs) are semiconductor devices that are based around a matrix of configurable logic blocks (CLBs) connected via programmable interconnects. FPGAs can be reprogrammed to desired application or functionality requirements after manufacturing. This feature distinguishes FPGAs from Application Specific Integrated Circuits (ASICs), which are custom manufactured for specific design tasks.

AccelerComm IP blocks have been proven on 7nm ASIC and FPGA technology, allowing customer to select the most appropriate technology for the application.

What is FEC (Forward Error Correction)?

Forward Error Correction is sometimes known as Channel Coding, and refers to the process of correcting transmission errors inflicted by channel noise, interference and fading.

5G supports licensed spectrum from below 1 GHz up to 52.6 GHz. 3GPP divides this into two different frequency ranges (FRs) as follows:

FR2 offers the possibility for large amounts of spectrum and very wide transmission bandwidth. This enables support of extremely high data rates for end-users compared to the latest LTE networks. However, it should be noted that FR2 bands are prone to higher path loss and smaller cell coverage.

HARQ stands for Hybrid Automatic Repeat Request. In 5G NR, a block of data, referred to as a Transport Block (TB), is sent over the air interface composed of many Code Blocks (CBs). After decoding, each CB is checked for correctness with a Cyclic Redundancy Check (CRC). If any CBs fail, the receiver system requests the retransmission of just those CBs not the entire TB. When retransmission is received, the decoder combines it with the original and retries the decode. If this is successful it inserts the decoded bits into the transport block. Functionality to support this process and interface to a HARQ buffer provided by external DRAM is included in AccelerComm decoders.

What is the IoT (Internet of Things)?

IoT describes the network of physical objects—“things”—that are embedded with sensors, software, and other technologies for the purpose of connecting and exchanging data with other devices and systems over the Internet.

Network latency is the amount of time packets take to travel between points. This is normally quoted “end-to-end” from source to destination. In telecommunications, 5G offers latencies of 1 millisecond or lower.

The LDPC code is a linear block channel code which is used for the Physical Uplink and Downlink Shared Channels (PUSCH and PDSCH) for 5G New Radio.

AccelerComm has developed optimised FPGA, ASIC and software solutions for LDPC encoding and decoding, which have been designed to meet the most challenging throughput and latency requirements for 5G New Radio, whilst minimising resource requirements.

What is the MAC layer

In the seven-layer OSI model of computer networking, the Media Access Control (MAC) sublayer is the layer that controls the hardware responsible for interaction with the transmission medium. In 5G, the MAC layer is responsible for:

Massive Machine Type Communications (mMTC) refers to the requirements that enable support of a very large number of devices, which may only send data sporadically, such as Internet of Things (IoT) use cases.

What is Millimetre Wave?

The 5G Millimetre Wave (Also known as the mm-wave, MMW or Extremely High Frequency -EHF) refers to a band of radio spectrum above 24.25 GHz. The name derives from the wavelength of these waves; which range from one to ten millimeters, rather than the dozen or more mm used in older technology.

Multiple Input, Multiple Output (MIMO) refers to a transmission technology that uses multiple smart antennas on the transmit and receive side in the wireless network. Using a technique called spatial multiplexing, it’s possible to send a different data stream on each antenna, thereby increasing the throughput to the cell tower and to the user device.

5G NR extends MIMO up to 256 antenna elements and enables “massive MIMO”. This is a key enabler for achieving throughput in the higher spectrum bands.

What is Network slicing?

Network slicing is a technology that separates virtual networks into independent logical partitions, or slices, that support different services and applications, all residing on the same hardware. Each slice has its own architecture, service characteristics, management and security, which are configured by the network operator in different use cases. Network slicing is a key feature of 5G.

What is the OSI Model?

The Open Systems Interconnection (OSI) Model is a seven-layered conceptual framework designed to ensure the diverse range of telecommunication systems available can interconnect with one another seamlessly. The seven layers of these standardisation guidelines are; the physical layer, the data link layer, the network layer, the transport layer, the session layer, the presentation layer and the application layer.

Open Radio Access Network (O-RAN) architecture is the foundation for building the virtualized RAN on open hardware and cloud, with embedded AI-powered radio control. The architecture is based on standards defined by O-RAN ALLIANCE www.o-ran.org which are fully supporting and complimentary to standards promoted by 3GPP and other industry standards organisations. AccelerComm is a member of the O-RAN Alliance, and is contributing to the technical development of O-RAN standards, bringing its channel coding experience to reduce latency and increase spectrum efficiency for Open 5G Networks.

What is the Physical Layer?

In the seven-layer OSI model of computer networking, the physical layer (or layer 1) is the first and lowest layer. The physical layer defines the means of transmitting bits over a physical data link. The bitstream (or channel) is grouped into symbols, coded, and converted to a physical signal that is transmitted over a transmission medium.

What are Polar Codes?

The Polar code is a linear block channel code which is used for the 5G uplink and downlink control channels (PUCCH and PDCCH), and is designed to perform well with the shorter block lengths used for control information. AccelerComm has developed FPGA and ASIC solutions for Polar encoding and decoding which have been designed and optimised for 5G new radio.

The Physical Uplink Shared Channel (PUSCH) is the transport channel available to carry user data from the end-device to the network. Similarly, PDSCH carries the data from the network into end-device. PUSCH/PDSCH use LDPC coding for forward error correction.

Quadrature Amplitude Modulation (QAM) is a technique widely used to modulate data signals on a carrier used for radio communication. When used for digital transmission of radio communication applications, QAM can carry higher data rates than ordinary amplitude-modulated and phase-modulated schemes. In QAM, the constellation points are normally arranged in a square grid with equal vertical and horizontal spacing. QAM constellations are normally expressed in powers of 2, where each point is referred to as a “symbol”. Thus, 256-QAM uses a 256-point constellation where each symbol contains 8 bits.

By using higher order modulation formats (that is, more points on the constellation), it is possible to transmit more bits per symbol. However, the points for a higher QAM are closer together and are therefore more susceptible to noise and data errors. Channel coding is therefore essential, to avoid losing the information transmitted, maximizing the spectral efficiency of the channel.

Radio Access Network, also known as RAN, is technology that connects devices to various parts of networks through radio connections. The most recent RAN evolution divides the user plane and control plane into separate elements, which enables various 5G features, such as network slicing and MIMO, to function properly.

What is Spectral Efficiency?

Spectral efficiency refers to the information rate that can be transmitted over a given bandwidth in a communication system. It is a measure of how efficiently a limited frequency spectrum is utilized by the physical layer.

What is Standalone (SA) 5G NR?

Standalone 5G NR uses the 5G Core Network (5GCN) architecture, including the full control and user plane offered by 5G. SA supports a far wider range of use cases than non-standalone and offers ultra-low latency, better efficiency and a lower cost, but requires an end-to-end 5G network so cannot be deployed on pre-existing assets.

What is the Transport Block (TB)?

The transport block is the fundamental payload which is passed between the MAC and Phy Layers, specifically for the shared data channel such as PDSCH and PUSCH. A Transport Block undergoes Phy layer processing at the transmitter before being mapped onto the PDSCH for transmission over the air interface. In 5G NR, the maximum transport block size is 1,277,992