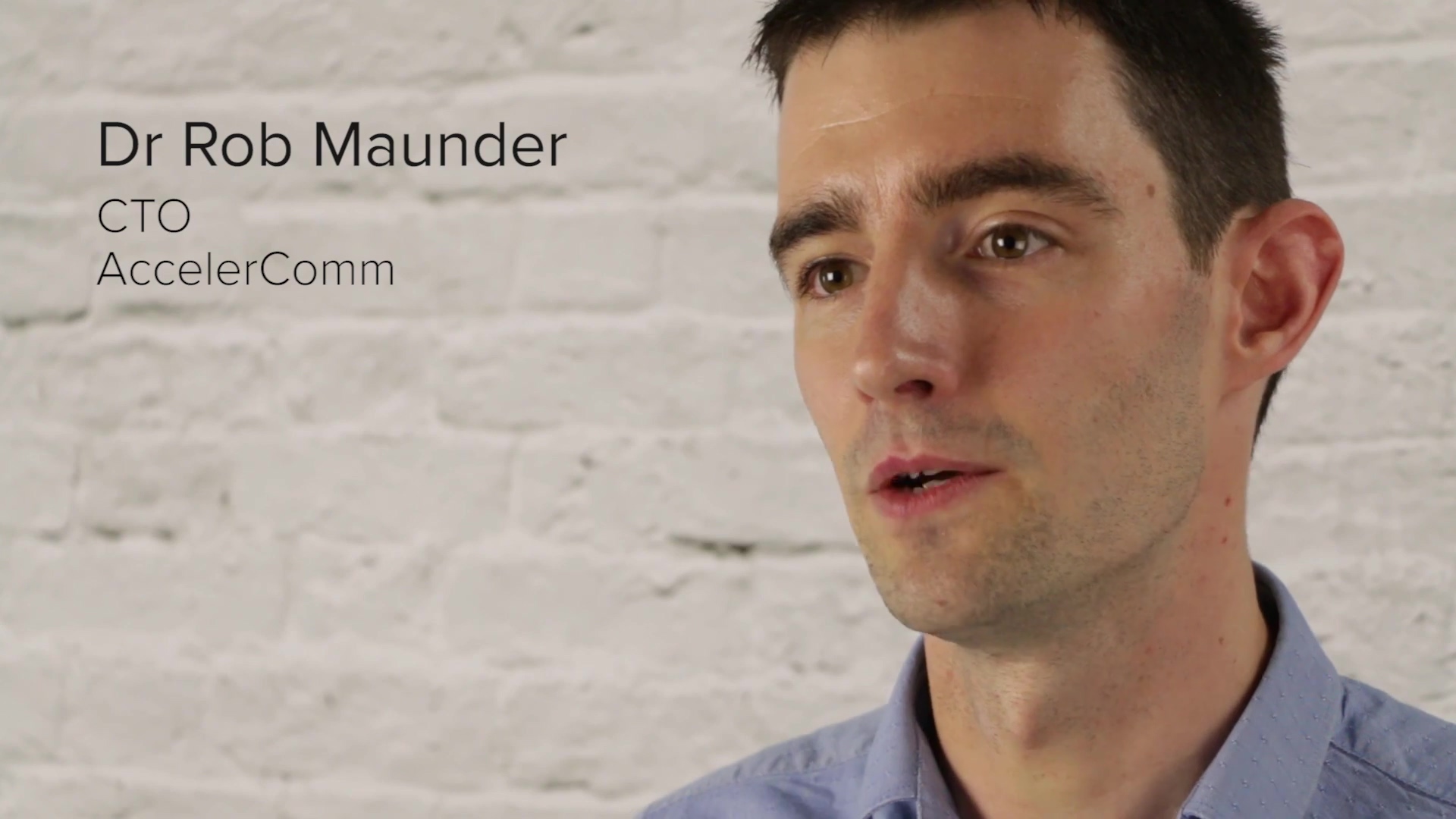 Share this article:
These days many of us have smartphones and we look forward to seeing 3G or 4G in the corner of our display because this means we can get on the internet and download apps.

In about 5 years time we can look forward to having 5G, which will allow us to download apps 10x faster. Let me use an analogy to explain.

When it's there we need to use this red pipe to process the information and present it on our displays. In mobile phone networks this red pipe is called the turbo decoder.

When we download from the internet there are two parameters that we care about.

The first is data rate and the second is latency.

Data rate dictates how long it takes for us to download an app. In our analogy the data rate is represented by the diameter or the pipe. The wider the pipe, the more information that can flow per second.

The second parameter is the latency, which dictates how long it takes for information to start arriving at the other end of the pipe.

You may have experienced latency as lag when playing online games or having a video chat.

In our analogy the latency is represented by the length of the pipe, including both the radio part and the turbo decoder. In 4G the latency is at least 10 milliseconds.

So now let's talk about 5G.

Although it's still under development, the target for 5G is a 10x higher data rate of 10 gigabits per second and a 10 times lower latency of 1 millisecond.

In our analogy it means we need to take the radio part represented by this orange pipe and make it 10x wider and 10x shorter, like this.

State of the art turbo decoders have a data rate of 1 gigabit per second, so we can achieve a target of 10 gigabit per second by operating 10 of them in parallel. But while this achieves the diameter we need, the length of the pipe is no shorter, so this will prevent it from achieving the 1 millisecond latency target of 5G.

For more than 20 years it was thought that the only way to build a turbo decoder was as a series of small parts which have to perform one after another, which is why the pipes in this are so long.

At Southampton we’ve figured out a way to take all these parts, break them up and perform them in parallel to produce something which looks like this, which we call the fully parallel turbo decoder.

In combination with the 5G radio part this can achieve data rates of 10 gigabit per second, matching download speeds of fiber optic in the home and can achieve latences of 1 millisecond, allowing mobile phone apps to offload the processing of graphics, ai and physics to powerful computers in the cloud, giving much richer experiences.

We have already demonstrated that this technology works on 3 different hardware platforms. ASIC, FPGA and GPU.

We have shown that these 10x improvements to data rate and latency are achieved with no degradation to area or energy efficiency.

We have produced data briefs that characterize the performance of the decoder across a wide variety of different scenarios.

These can be found within our downloads section.